I did a bit of research into what gear people take on tours and then I put together a list of things that I had and things that I needed to purchase.

Then I planned out purchases of the things I need so that they spanned across a few months so that I could stay on top of things budget-wise.

The last bits and pieces of gear arrived in January 2020 and I decided to go for a test ride with all the things I thought I needed. For the test ride, I decided to do the St. James trail. I started and finished from Hanmer Springs. 116kms, 2200m of climbing. A tiny bit of sealed road, a lot of gravel, and a lot of trail riding. In other words, the perfect test ride with all the gear before the tour.

I did the ride in a day. I thought I would do it in two, but I was feeling good so I kept riding.

What a great test ride that was! After I got back home, I went through all the gear and created two piles. Yay and nay piles. The nay pile grew nicely and I ended up ditching around 7kgs of stuff I decided to not take with me. And I didn’t miss any of those things during the tour!

The only thing I ditched during the tour was a full gas cylinder, because it was 600g and I would only use it a limited number of times during the tour. I never purchased a new mini gas cylinder so my stove and 900ml titanium pot were useless to me, but I kept riding with those since they were light. After ditching the gas I only regretted it once, but the situation was not critical so not having hot meal and drink after riding on a cold day was manageable. 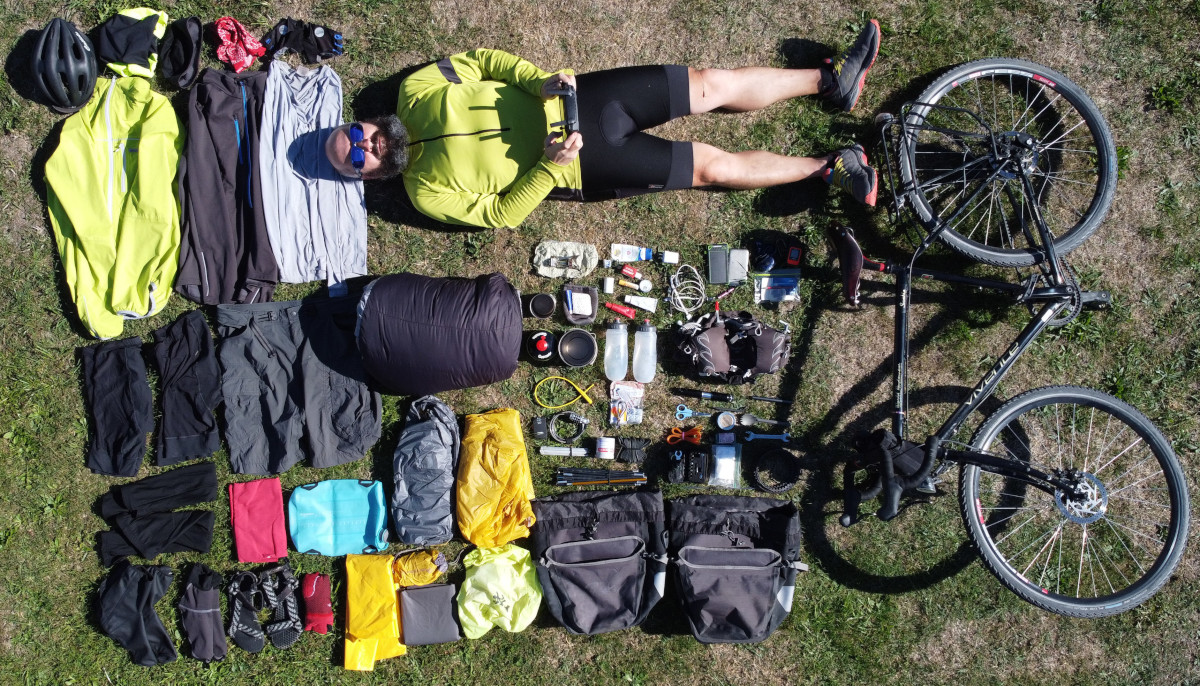 I didn’t want to use any of my original bikes for the tour, since I didn’t have a proper touring bike.

I also didn’t want to use the bikepacking alternative, because I didn’t like the idea of riding a mountain bike on at least a thousand of kilometres of sealed roads. Not a good idea, in my opinion.

An excuse to get a new bike doesn’t come often enough so after a bit of research I chose Vivente Swabia.

The bike came with features I didn’t want to carry around so over time I stripped those down.

I didn’t like the pedals, the seat post, and tires so I switched to Shimano flat pedals, a carbon seat post with my Brooks B17 saddle that I got early 2019 and was already nicely broken in.

A lot of people during the tour asked me: Are you doing TA on these tires?

It was a frequently asked question so I thought it deserved its own section.

The mountain bike bikepacking style was the most common setup among the riders, so my bike and its tires looked a bit awkward amongst all those bikepacking MTBs.

Well, the thing is that I rode the bike with those tires in all sorts of terrain prior to TA like sealed and gravel roads, gravel rail trails, and single trails.

It does take a lot of kilometres of riding to feel comfortable in rougher terrains on a fully rigid bike, but the tires have low rolling resistance, a great puncture protection inside them, and the tread on them delivers on any surface.

Considering that TA is roughly 50% on gravel and 40% on sealed surfaces I was not concerned to ride the remaining 10% on these tires.

Areas of concern would probably be:

I wanted to minimise the number of bags to carry around so I decided to go with two pannier bags and a waist bag so that I have only three moving parts on the bike to worry about. I also attached one feedbag to the bike and I used a 4l bag to carry water on me and a hi-vis cover for one of the panniers or I used it as a stuff bag to make a pillow when needed.

I had seven essential items that I used often and wanted to have them easily accessible when I needed them while riding so I put them in my feedbag.

I spent half the TA (12 out of 24) nights sleeping in a bed and the other half in my tent and once on a bench in a shelter.

Even though I knew that a stove and gas cylinder are the most common item to dispose of on the tour I still thought that it’s going to be different for me. It was not. I got rid of the cylinder early on the tour and I kept riding with the rest because the rest was not considerably heavy.

One titanium pot and spork did the job for me during the tour. Didn’t really need the bigger pot.

I kept things really simple and covered the very basics only. I carried chewing gums in my feedbag, because carrying a tooth brush (even though I cut its handle off) and tooth paste seemed too heavy for little gain to carry around all the times.

Having cash on me was essential in quite a few places. Majority of times I just used my EFTPOS card to pay for things.

To stay happy and healthy.

I wanted to have all devices USB powered so that I could’ve charged my powerbanks via the dynamo hub then charge my devices from the powerbanks. When electricity was available then I would charge the devices first and then topped up the powerbanks. That way I had always my devices fully charged and ready every day on the tour.

I ended up with three different lightweight locks and used one, two or all three of them depending on a situation. I also had a couple of utility straps which came in really handy.

All necessary tools that I need for my bike.

Essential items to be able to fix things.

Few essential spare items so that I could repair things if I needed to.

I love GroundEffect (GE) products. They are a New Zealand business and produce their stuff locally. Also, their products are very well made and durable as. Worth every cent. 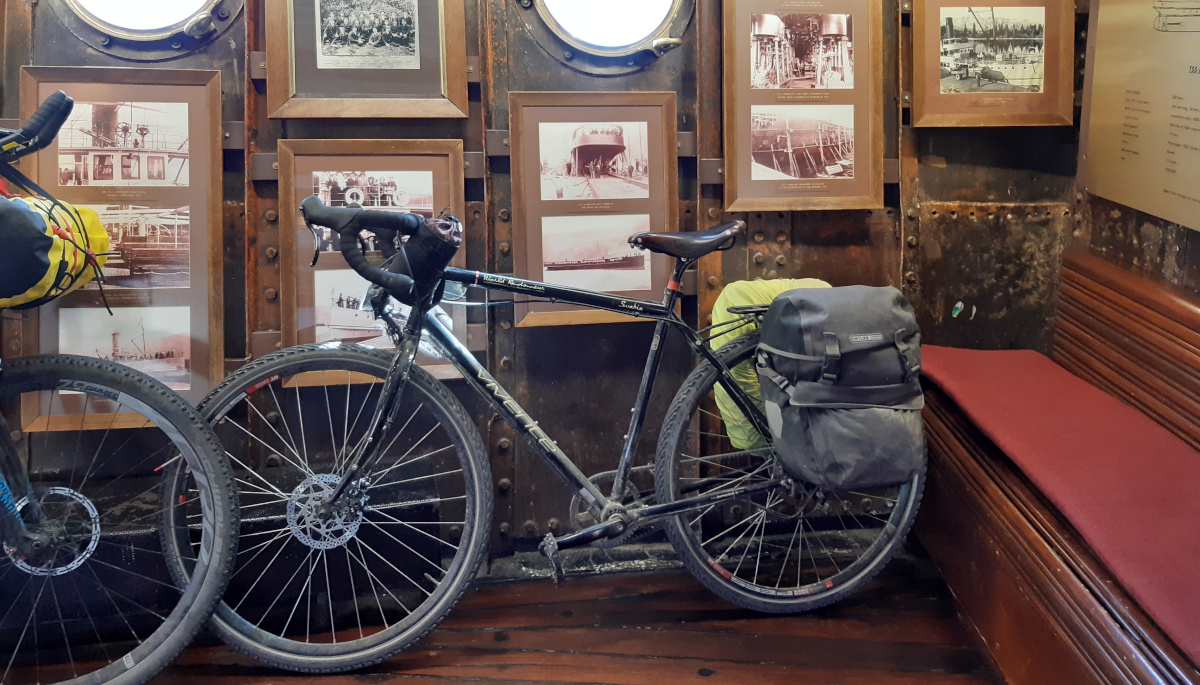